"The King of Terriers"

The Airedale Terrier originated in West Yorkshire, England, during the nineteenth century. Miners and factory workers there crossed Otterhounds with smaller terriers to produce a medium-sized dog that could travel through water in pursuit of otters. However, the tenacious, confident Airedale soon showed that he could take on other types of quarry as well. His size and his temperament earned him the nickname “the King of Terriers.” The breed's greatest fame came during World War I, when Airedales served as messengers for both the German and Allied armies. They also helped to locate wounded soldiers on the battlefield. Not surprisingly, Airedale Terriers were very popular after World War I, but the rise of canine movie stars of other breeds (for example, Rin-Tin-Tin and Strongheart, both German Shepherd Dogs) caused the Airedale to lose some of his popularity. Today, however, enthusiasts point proudly to the Airedale's courage, tenacity and devotion. In 2006, the Airedale Terrier ranked 55th in registrations among the 155 breeds recognized by the American Kennel Club.

This naturally alert, confident dog can be both a challenge and a joy. The challenge comes in overcoming the breed's natural stubbornness and independence. Success comes not from harsh or coercive treatment, but from consistent, patient training that's lightened with a sense of humor. The joy comes from succeeding in training and winning the Airedale's everlasting respect and devotion. In the words of Theodore Roosevelt, “An Airedale can do anything any other dog can do — and then lick the other dog, if he has to.” Although this breed is independent, it's not standoffish. Many Airedale owners report that their dogs expect to supervise any and all human activities. In other words, Airedales will not tolerate being excluded. As adults, they may be left at home for a regular day but will thrive with more attention. Consider a midday lunch break or dog walker. Airedale devotees warn that the breed is quite stoic, making it difficult for owners to detect illness or injury until the symptoms become severe.

The medium-to-large Airedale Terrier has a black-and-tan coat that consists of coarse, hard hairs on the outside and a soft coat underneath. The hair on the muzzle and legs is longer than that of the rest of the body. The legs and trunk should create a square shape, with the length of the legs equaling the length of the back.

The highly intelligent, independent Airedale can be a challenge to train. Often, this dog has his own ideas as to what should be done and when. That said, an owner will win the Airedale's respect by spending plenty of time with him (especially during puppyhood); applying consistency, diligence and patience in his training; and cultivating a sense of humor.

The Airedale Terrier is a high-maintenance breed. The coat needs to be stripped and clipped periodically. Most owners resign themselves to including the services of a professional groomer in their lists of necessary Airedale expenses.

The Airedale is a relatively healthy, hardy breed. Some are prone to hip dysplasia, hypothyroidism, skin problems and bleeding disorders. Before being bred, Airedales should receive screenings for hip dysplasia and von Willebrand's disease.

© Copyright 2014 LifeLearn Inc. Used and/or modified with permission under license. 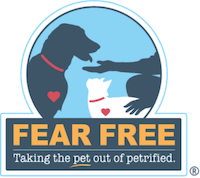 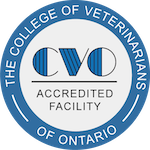